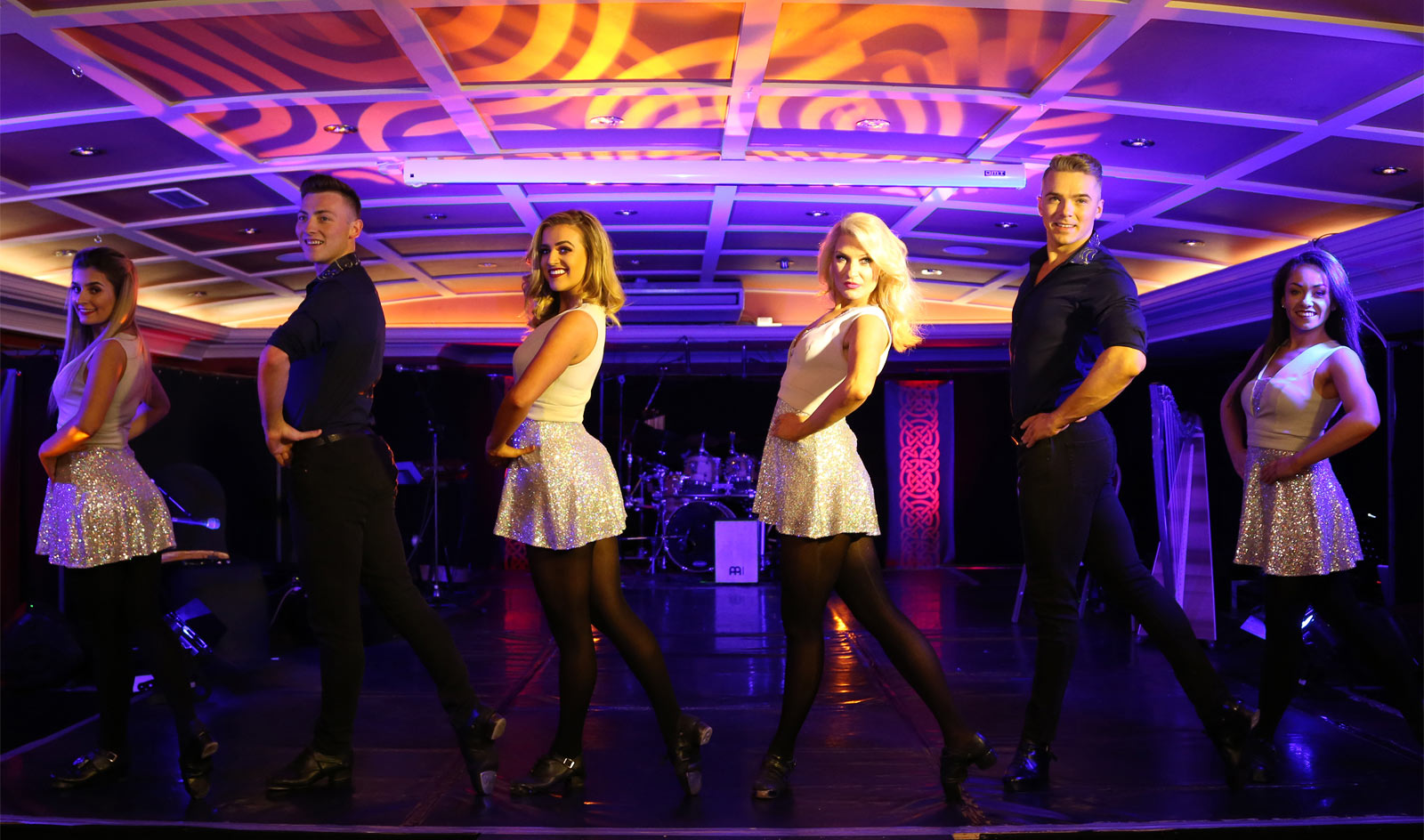 Tony O’Flaherty is a multi-instrumentalist, well known in his native town of Killarney as a musician, sound engineer, producer and studio owner. Tony is the musical director for the Gaelic Roots Live Show, and showcases his outstanding musical talent during the show by playing a variety of instruments. He has toured with artists, such as Christy Hennessy and Liam O’Connor (accordion) and has toured extensively throughout the US and Europe. He owns and runs ‘Sonas Recording Studio’. Recent clients include John Spillane (with whom he recorded the double-platinum album Irish Songs We Learned at School), Mick Flannery, Frankie Gavin, Christy Moore, Ronnie Wood – Rolling Stones and Eddie Reader. Tony also performs with his own successful band Arklight.

“Dancing with Michael Flatley was one of the highlights of my career, seeing the Gaelic Roots show come to life was the other.”

Conor is one of Ireland’s great young musicians. He learnt his music from many of the great players in his native Sliabh Luachra region of Co. Kerry. Conor was crowned All-Ireland Champion at Fleadh Cheoil na hÉireann on melodeon in 2009 and button accordion the following year.

In 2010 he also graduated with a Masters in Traditional Irish Music Perfromance from the University of Limerick. His solo album in 2012, All in a days play, garnished critical acclaim. The Irish Times 4-star review described the album a three dimensional, glorious debut.

In 2013 Conor worked as Musical Director with Siamsa Tíre (the National Folk Theatre of Ireland) and their great music/dance show Turas. In 2014 he, along with a few music contemporaries, formed the band The Trí Tones, a band since renamed Rianta. They toured all over Ireland and Europe and released a critically acclaimed album which earned Tradconnects award of ‘Album of the Year’. He has also toured Europe and Canada with the Irish dance show Celtic Legends. In recent years he has performed with Disney Cruise Line in the Caribbean and Mediterranean seas. Conor is a much-sought after musician and continues to tour extensively with different bands and shows.

Kelly Mc Donnell from Newport, Co. Tipperary started dancing at the age of 3 with The Fleming Ball Academy in Limerick. She went on to compete in Munster, All-Ireland and World Championships. Once turned 16 Kelly went professional and to this day has not looked back.

Throughout her professional career, Kelly has performed all over the world in some of the most prestigious venues and famous stages in the World.

Kelly has also worked for and got trained by Michael Flatley with his show Celtic Tiger, (an experience she will always remember) other dance productions Kelly danced in, Dance of Desire and 9 years with Magic of the Dance, where she played the leading role of the bad girl.

Kelly has performed for many A list stars such as Leonardo Di Caprio, Richard Gere, Michael Douglas, to name just a few.

Kelly is a qualified TCRG and owns and operates the Kelly Mc Donnell Irish Dance Academy in Killarney.

Déirdre Ní Mheachair is a vibrant fiddle player who hails from Baldoyle in Dublin’s north side. Now living in West Cork, she has enjoyed a wide range of performing opportunities both at home and abroad, having toured throughout Europe, Asia and America with various musical productions such as Rhythm of the Dance, Danceperados of Ireland and performing in a residency show at Raglan Road Orlando Florida.

She has also taken part in some notable Irish concerts such as a performance for the Queen of England in Croke Park during her landmark visit to the country. Deirdre’s study of traditional harp as well as classical viola and violin has added another dimension to her musicality.

She is an honours graduate from the prestigious Irish World Academy of Music and Dance at the University of Limerick, which has afforded her the opportunity to study under some of the most internationally-renowned fiddlers of our time.

Conor is a world class musician from Ballingeary in West Cork. He began his musical career at the age of 5 and by the age of 8, Conor successful mastered drums, guitar, base guitar, mandolin, banjo and soon too had caught the music bug. Conor has worked with many Country Music Artists such as Mike Denver & Daniel O’Donnell (to name but a few).

Rosie Kelleher Healy is originally from Millstreet , Co. Cork but has been living in Glenflesk, Killarney for the last 20 years.

She’s married to Derry, also a singer and musician, and together they have four children, Aileen, Éabha, Gearóid and Muireann. Rosie has been playing music and singing all her life starting with the tin whistle at 4 years of age.

She plays a number of instruments, but the fl ute quickly became her favourite since receiving it as a Christmas gift at age 11.

Rosie has won a number of All-Ireland titles on the fl ute and tin whistle, and for set dancing, scéalaíocht and lilting!

Having studied music in UCC she currently teaches in St Brigid’s Secondary School here in Killarney and when she’s not playing in Gaelic Roots, can be heard singing and playing music with her husband Derry around Killarney.

Cian O’Flynn is a Musician and Dancer from Co. Limerick, Ireland. Having grown up surrounded by traditional music and dance and competing in both for many years, Cian later pursued a BA degree at the Irish World Academy, University of Limerick. He has performed across the globe in productions such as Gaelforce Dance, Celtic Nights, Irish Celtic and Raglan Road – Disney. In 2017, Cian obtained a Master’s degree in Arts & Culture Management and has since been working in this field. He is delighted to be involved in Gaelic Roots this season and looks forward to greeting all the visitors to the Gaelic Roots show.

Born into an Irish family Living in England, Giselle, whose mother is from Donegal, and father from Tipperary, was raised surrounded by Irish music and dance.

From the age of three Giselle competed in Irish dancing Feis, winning many competitions, and by the age of fi fteen had won a world champion title for her Irish dancing three years consecutively.

Giselle progressed to become a professional Irish Dancer and toured the world for five years with Rhythm of the Dance.

Giselle has always loved to sing and from singing in church to performing in front of thousands, she has always been very passionate about it. She has sung and danced her way around the globe and has been honoured to perform and share the stage with country icon Dolly Parton, and the experience of working with her was one of her career highlights.

Now based in Killarney, Giselle is delighted to be principle vocalist with Gaelic Roots and quote’s ‘when you have a job you love, you’ll never work a day in your life’.

Born into a dancing family, Shannen’s mother was a former Irish Dancer from the hills of Dublin. Shannen began dancing at the age of 9 and completed a competitive career under the instruction of Linda Sherry. During this time Shannen competed at many Leinster, All-Ireland and World Championships and in 2016 successfully placed top 5 in the An Comhdhail World Championships. She then retired from competition to focus on her professional dancing career.

Shannen started dancing professionally in 2014 at the age of 18. Since then she has worked in shows such as Gaelforce Dance, Dance Masters, Rhythm of the Dance, Danceperado’s of Ireland and Irish Dreams. Shannen has also recently completed a 9 month stint in DisneyWorld’s ‘Raglan Road’, Orlando.

Shannen started with Gaelic Roots in Summer 2018 and is delighted to be part of the team.

Holly is from Belfast and started dancing age 5 with the Mulvenna Academy. She competed in majors such as the All Ireland and World Championships, placing 3rd in her region and 14th in the world. Since retiring from competition, she has toured Europe, America and Asia with professional shows including Magic of the Dance, Danceperados of Ireland, Ragús, Dance Masters, Gaelforce and Feet of Flames

Ryan started dancing at the age of ten, for the world renowned Lally School of Irish Dancing in Manchester, England. During his competitive career Ryan was fortunate enough to place in the top 5 at all major championships around the world including the world championship. In 2013, he joined Michael Flatley’s Lord of the Dance for the show’s debut on London’s West End he was also fortunate enough to tour Europe, Asia and America during his time with the show.

In 2017 his all-time dream came true when he was asked to join the cast of Riverdance and then went on to tour extensively with the show. Ryan was also lucky enough to join the cast of Irish Celtic where he toured Europe on numerous occasions and loved every minute of it. Ryan went on to performing the lead captain role in Titanicdance it has always been a dream of Ryan’s to be a principal role so achieving this just proves that hard work really does pay off.

Paul started dancing at the age of 5 in Glasgow, Scotland. He danced for the Sharon Taylor Academy and by the age of 10, he was British National Champion, Great Britain Champion, Scottish Regional Champion and ranked 2nd in the All Ireland Championships. Paul continued to compete nationally and internationally winning championships and titles in many major competitions, as well as achieving many world medals.

After finishing school at the age of 18, Paul joined the cast of Lord of the Dance: Dangerous Games in the Dominion Theatre and continued for another run in the Playhouse theatre, both in the West End, London.

He is honoured to have shared the stage with Michael Flatley in his final performances and final UK performance in Wembley Arena. Paul has travelled the world and in the last 3 years he has also performed with Titanic Dance, Celtic Legends, Rhythm of the Dance, Irish Celtic Generations and also performed as Principal dancer in shows such as Dance Masters, Magic of the Dance and Gaelforce Dance.

In his career he has toured throughout Europe, Russia, China, America and Canada. He is so glad to be back performing in beautiful Killarney for the summer season. 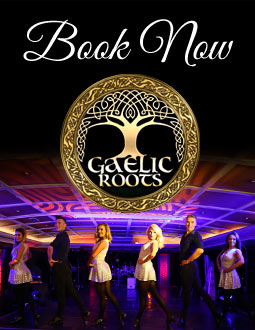 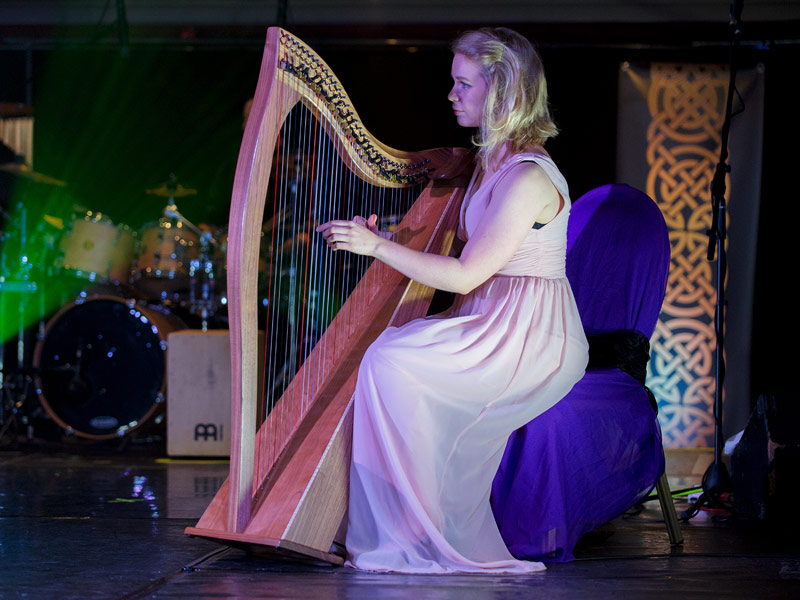 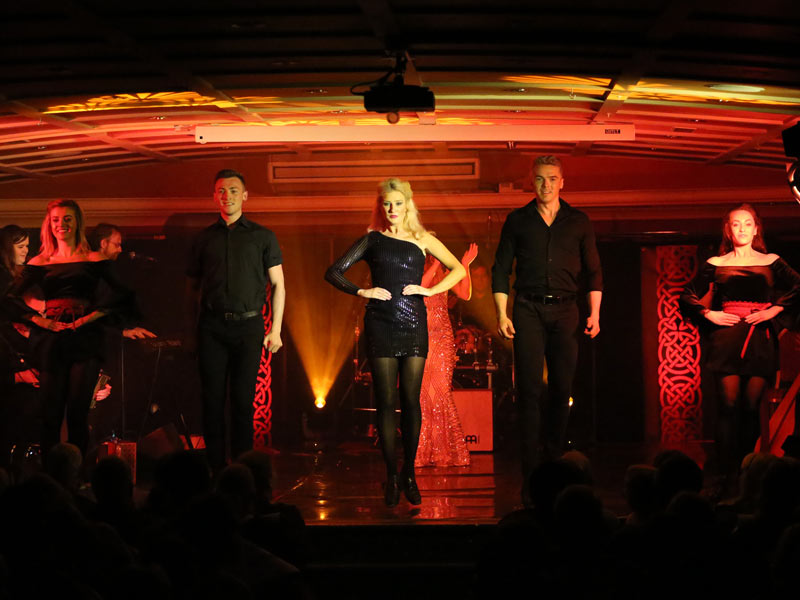 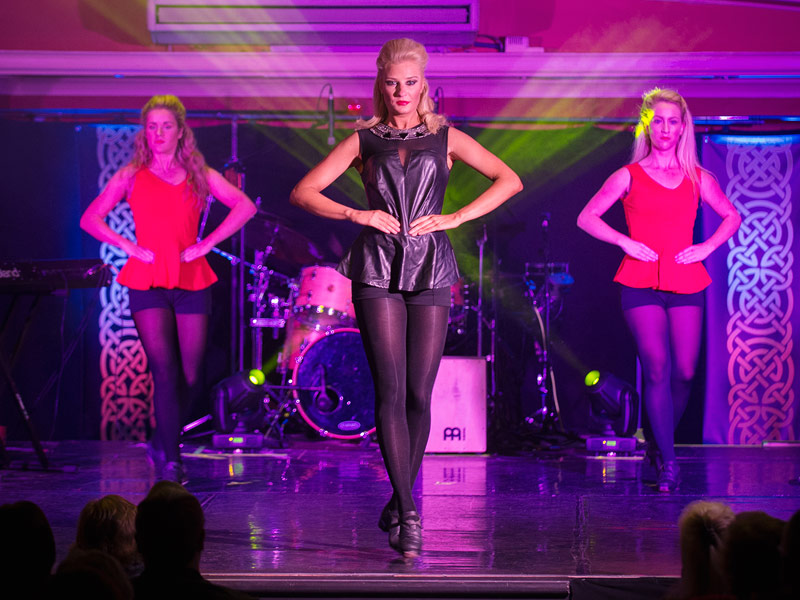 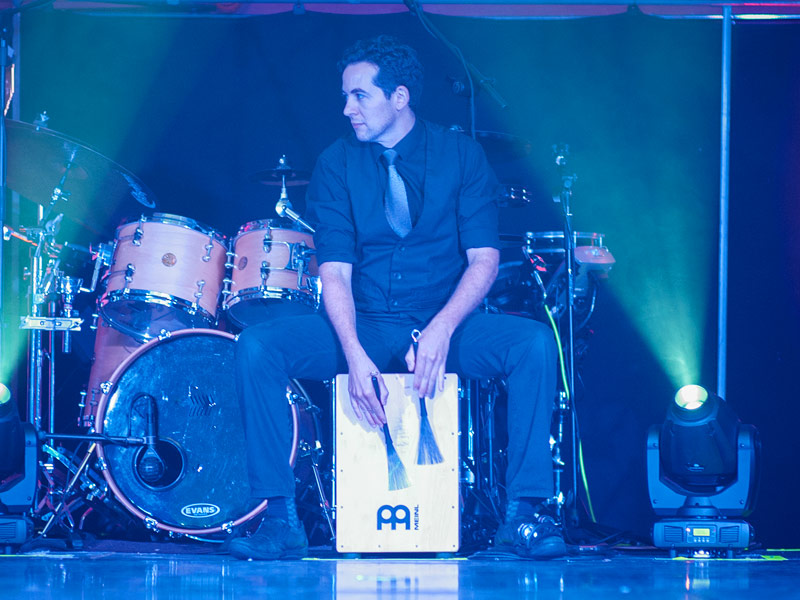